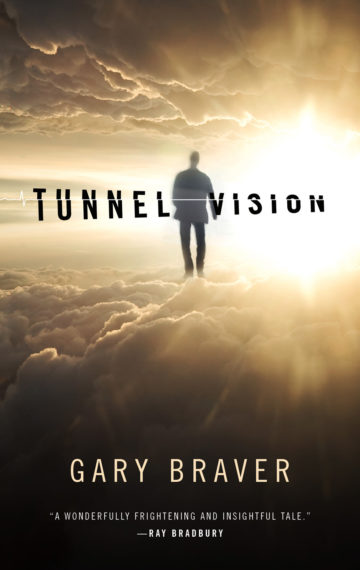 Following a biking accident on icy Boston streets, grad student Zack Kashian lapses into a coma. When he wakes up on Easter months later muttering the Lord’s Prayer in the original Aramaic, the media is abuzz about the “Miracle Man.” And religious fanatics flock to his hospital bedside, even though he claims to be an atheist.

Zack’s revival also catches the attention of Dr. Elizabeth Luria who heads up a small team of neuroscientists secretly researching near-death experiences (NDE). Their objective: to determine if there is anything to the claims of NDE victims floating down tunnels into the celestial light and meeting spiritual beings. Is all that evidence of the afterlife, or just neurobiology as Sarah Wyman, one of Luria’s young researchers suspects?

Yet Zack’s experiences are anything but heavenly. And while he and Sarah struggle to understand his horrific out-of-body experiences, they have no idea that sinister forces have also taken interest in them. Forces to whom near-death experiences are utter blasphemy–deceptions by Satan himself. And they enlist a menacing agent who in the name of God will stop at nothing to terminate the project and all involved.

“I have long believed that science will move us more toward God and give us proofs of his creations. With TUNNEL VISION, Gary Braver provides a wonderfully frightening and insightful tale on this theme that shatters my bones and leaves me to piece myself back together.”– Ray Bradbury,Internationally bestselling author of FAHRENHEIT 451

“Gary Braver’s books will thrill you, scare you, and compel you to read to the very last sentence. And with Tunnel Vision he does it all again. Gary Braver is one of the best thriller writers in America today!”- Tess Gerritsen, New York Times bestselling author of ICE COLD

“Fascinating and scary, Gary Braver’s TUNNEL VISION goes one step beyond, between life and death. It grabbed me and educated me.”- David Morrell, New York Times bestselling author of THE NAKED EDGE

“A tantalizing premise, stylish prose, sharply-etched characters, and tension that ratchets up degree by degree, that’s what you get with a Gary Braver novel. I’ve been a fan since the beginning and I look forward to each new Gary Braver adventure. With TUNNEL VISION he not only hits the mark, he demolishes it.”- Steve Berry, New York Times bestselling author of THE PARIS VENDETTA